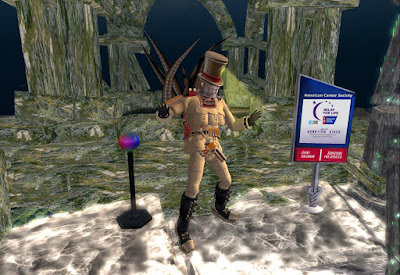 Quite a bit happened this weekend in Second Life. The Texas Furry Fiesta took place in Second Life, as well as on a few other places online such as Discord. There were a number of Relay events, such as The Music Fest event by the Relay Team of the same name, a couple rezzday parties, and a fundraiser event by the Steelhead Salmons team (pictured above). Veterans Isle had it's monthly Homes For Our Troops fundraiser concert, and more.

More on some of these happenings later.

Addition: There was also a stampede for a 1L mesh head that took down some sims due to the traffic.