Linden Dollar Prize Payments in Linden Games Cut in Half 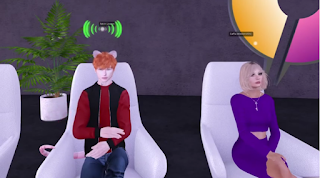 At the interview with the Linden Moles at the RFL Home and Garden last Friday, there were a few issues discussed. Among them was a question from the audience, asking why the Linden dollar cash prizes awarded for winning three games created by the Lab via the Moles, Linden Realms, Paleoquest, and New Horizons, were cut in half? She wondered if this was a sign the games were about to be shut down.

Patch Linden agreed to answer, "No they are not gong away. I'll just be transparent about this." He stated there was "some level of abuse happening, some people taking advantage of how the games operate. And despite our clear warnings in place and otherwise, they were not heeding the advice to chill out, calm down, stop abusing it. And so we're starting to escalate measures on slowing that role. So if you are using any sort of programatic ways to get around the various anti-cheat devices in the games or botting or using any kind of software automation, which is forbidden in the rules. We will not only come after you and terminate your accounts, we will also start to cut the games down.

"I'm not going to close the games. That's certainly not on the agenda. But I will devalue them to the point it doesn't make sense for people to want to game them ..."

Saffia responded, "I think that's a real shame that people have been gaming them." She then brought up someone suggested, "they should be sent to the cornfield." Patch commented, "You could do that too."

So it seems of of the perks of these three Lidnen games, the Linden dollar cash prizes, will be reduced. How it will effect how many residents play has yet to be determined.

Click Here to go to the moment in the video the question was asked.