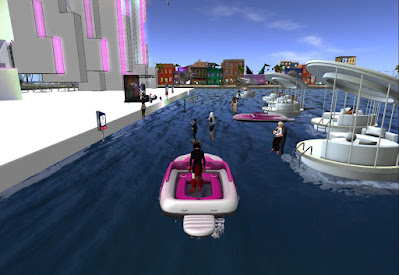 This weekend saw plenty going on. Saturday saw the start of the RFL Home and Garden Festival (above). Caledon would hold it's anniversary parade. And the CDS held it's Chinese Lantern Festival. On Sunday, Veterans Isle held it's monthly Homes For Our Troops benefit concert, there was a 24 hour event for Rare Disease Day, and at the stroke of Midnight, the biyearly Gacha Guild event started.

More on these events later.