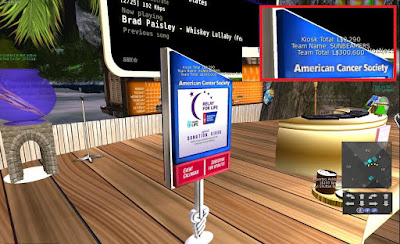 A few days ago, the RFL Sunbeamers reached another milestone. On March 12,  the team passed the 300,000 Linden mark

Currently, the Sunbearmers are number six among the various teams in terms of the amount of money raised, at Platinum rank. As of now, the top team is "Camping for a Cure," which has raised 1,271,171 Linden dollars, and is the sole team at Ruby level.