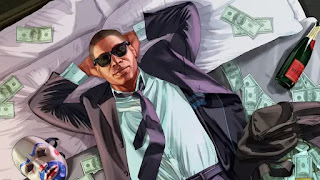 Grand Theft Auto Online, like the previous games in the series, has proven a popular game since it's release in 2013. But there was a problem. The game has a long loading time. One 2020 Reddit poll of 271 players had almost half taking three to six minutes and some were needing over fifteen. Finally, one player calling himself T0ast decided to look into the problem. He found the cause was badly optimized code and bottlenecking from the came loading from just one CPU. After some fixes, he found he loading time was reduced by almost 70 percent. He uploaded the fixed code, though pointed out it was more of a "proof of concept" than a solution, and called on the game's producers at Rockstar to fix the code, "the problems shouldn’t take more than a day for a single dev to solve."

Word soon spread about T0ast's fix, and eventually Rockstar took a look, and concluded, "After a thorough investigation, we can confirm that player t0st did, in fact, reveal an aspect of the game code related to load times for the PC version of GTA Online that could be improved. As a result of these investigations, we have made some changes that will be implemented in a forthcoming title update."

T0ast would state he was awarded $10,000 USD from Rockstar, sayng amounts of this size were usually given out for helping with security and privacy issues, but were making an exception with him, "Thanks to R* for taking the time to look into this and the generous bounty!"