Announcement: This Saturday at The Science Circle - "Panel: Ministry for the Future" 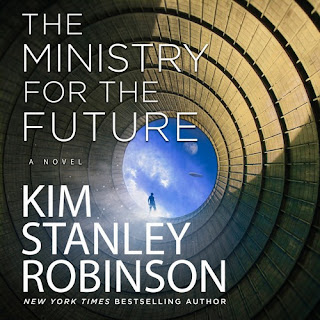 "Panel: Ministry for the Future"

The recent state-wide cold snap that left many Texans without electricity and water seems like a good time to consider Kim Stanley Robinson’s book The Ministry for the Future.

This book is disaster novel wrapped loosely around a series of essays, stories, metaphors, reports and commentaries about economics, politics and social inequality. The story line follows two characters: Frank, the sole survivor of a lethal heat wave, and Mary, the director of the Ministry for the Future, an agency established by the U.N. Their relationship is complicated by an incident that results in Frank’s arrest. The book is not an easy read, dealing as it does with a serious effort to alter human behavior enough to ward off the dire consequences of ignoring our own contributions to climate change. Robinson recognizes both the difficulty of making such changes and the necessity to do so and argues convincingly for some possible solutions.