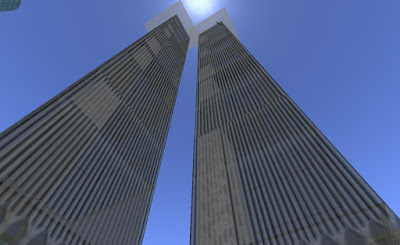 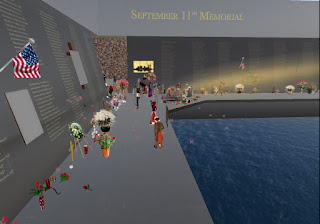 It was fourteen years ago today when 19 terrorists hijacked four airliners in the United States and crashed one into the Pentagon in Arlington Virginia, and two into the World Trade Center towers in New York City. Almost three thousand people died in the attacks, and thousands more injured. Both the United States and much of the world were stunned by the atrocity, mourning those who were killed, and within weeks America would find itself launching the "War on Terror" against Islamic extremists that a decade and a half later has no end in sight. 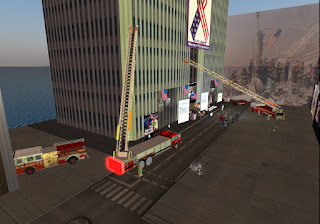 Second Life came about less than two years after the 2001 attacks, and early on the virtual world's history, memorials to the event were created. One of the more famous was the September 11th Memorial in the dAlliez Land Headquarters sim, created by Liam Kanno (New World Notes article here). Others in the past included the Twin Towers memorial in the New York City Block sim, and the Stairclimb tribute in Aero Pines Park.

While these great memorials have faded away into the virtual nether, there are others about on the Grid today. 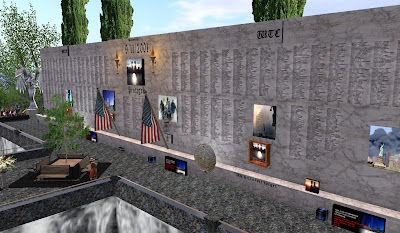 Stag Island has one of the more picturesque memorials one can visit. There are two square spaces in which water flows inside from all four sides, with two beams of light going up that are quite visible when seen with the viewer set at Midnight. The walls list all of those whom were killed on the attacks. Two events at the memorial are planned, at 8AM and 6PM SL time. 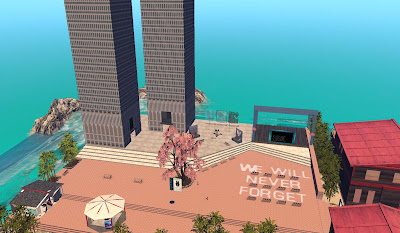 Another memorial is at McCoy Island. One of the towers has pictures of the fallen. The other an artistic tribute. Several events are also planned there from 3 to 9PM SL time, including several live performances. 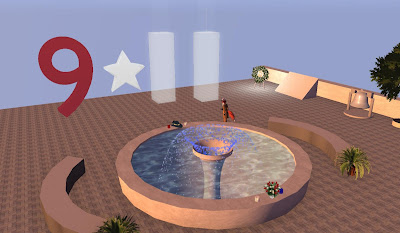 At Learning Virtuale is a skybox memorial. I found notecards with links to websites. 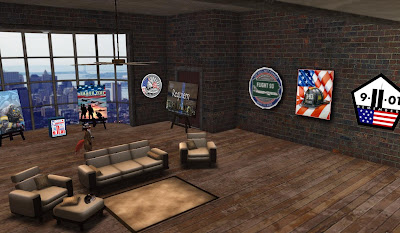 Over the Betonia sim was another Skybox memorial. This was a single room with a number of tribute pictures. There was a link to a tribute event for early Thursday evening.

Fourteen years later, the country still remembers, and will continue to remember.