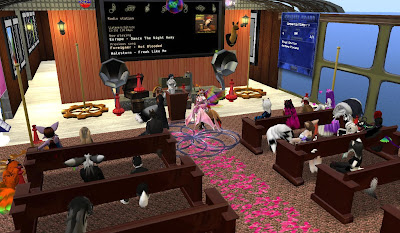 Labor Day Weekend was the scene of a virtual wedding at Club Cutlass, the main club of the Sunweaver Estates. The two getting married were Alynna Vixen (Alynna K'shenera Trypnotk), the caretaker of Club Fur, one of the oldest clubs in Second Life, and Lunara Xenno (Lunara Astara). 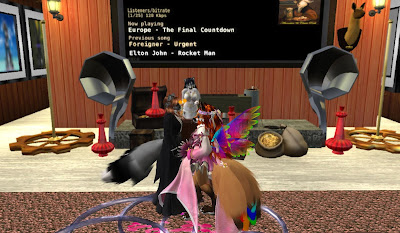 Nydia Tungsten was the one who performed the ceremony. The event was delayed due to Lunara's computer having connection troubles. But eventually she came back online, and the ceremony went almost without further hitch, save for an accidental gesture that created a few chuckles. 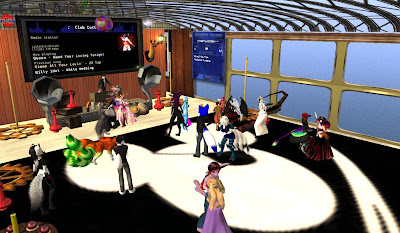 After the wedding came the reception and dance, with DJ Blader, whom usually plays music at Bandit's Hideout, spinning the tunes.

It was a happy day for the newlywed couple, and friends, at the Sunweavers.

Addition: Alynna later informed the Newser her  display name was now "Alynna O'onthrera Trypnotk)."
Posted by Bixyl Shuftan at 6:02 AM