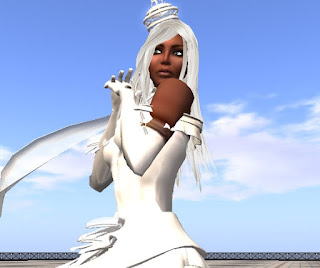 Salem De White (Selene Spellhunter), one of the Giant Snail Racing team, has died. The date was stated to me on Monday September 21. Word began going around on Facebook on Thursday, with the following announcement by RacerX Gullwing:

I have some sad news.  Salem Knight has passed away this last Monday. She was a great host and a good friend and I'll miss her. Her latest avatar was DJXanadu on the show. She ran the streaming sound for us and provided commentary during the races. There will be a remembrance for her in second life soon. Some knew her as Salem Sella, Salem Knight. But we just called her Salem. Details to follow. 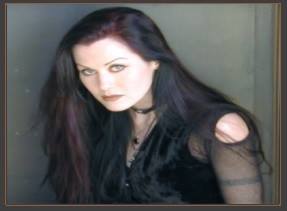 Coming onto the Grid as Selene Spellhunter in June 2010, I had the fortune to meet Salem when she was in an earlier account partnered with Jessicabelle Dayafter and both were residents of the Woodlin community. They eventually split, but remained friends. Describing herself as an "average goth girl" in real life, Salem had a number of interests, from anime, furries, sci-fi, Fantasy, cosplay, and more. But she will be best known as part of the Giant Snail Racers.

Condolences can be left on her Facebook profile: https://www.facebook.com/SalemBlood .