"Talk Like a Pirate Day" at the Sunweaver Clubs 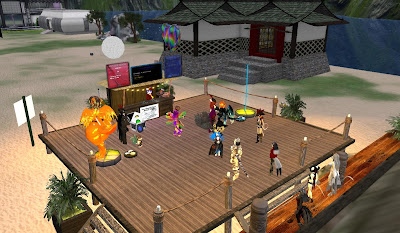 The Sunweaver/Angel community, the neighbors of the SL Newser office, loves a good party. And "Talk Like a Pirate Day" provided a good excuse for some swashbuckling fun. So we donned some buccaneer outfits, and had a couple of pirate parties.

ON Thursday September 17, the Happy Vixen had a double event from 6-8, and 8-10PM. DJ Rose provided a selection of pirate tunage. 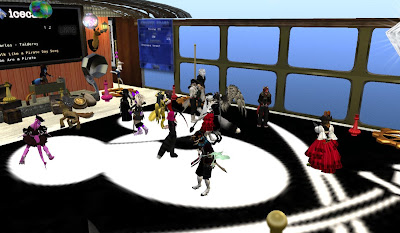 Saturday was September, September 19, "Pirate Day," and so Club Cutlass made it's theme for the evening pirates of course. DJ Tantari provided the swashbuckling tunes for the night, some familiar, some not played as often. The larger of the two parties, there were quite a few outfits (including a cutlass or two), lots of "Arrrr matey" and other pirate chatter, and the event included a sharkgirl, and a "pie rat" or two. 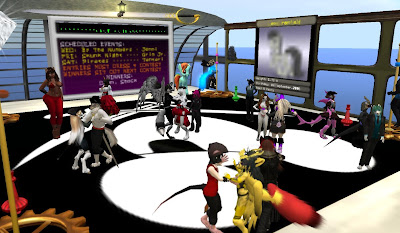 Shockwave Yareach and Dawnmarie were the winners in the costume for the best outfits. Tantari ended her set with the familiar "Pirates of the Carribean" theme. Of course real pirates are and have been far more vicious than their portrayal in Hollywood movies. But that doesn't stop the residents of Second Life from having some good clean fun.