Update on Steelhead: Nevermoor is Saved 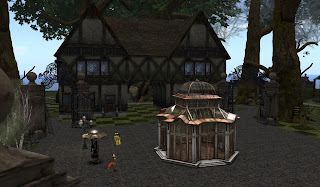 Some welcome news concerning the Steelhead Estates. This week, Willow Leafstorm announced that she now had ownership of the Nevermoor sim, and it would continue to stay up. But there would be one change: the sim name.

Dear Friends and Citizens of Steelhead.  I am happy to announce a portion of Steelhead has been saved from the Linden axe.  Nevermoor has been transfered over to my care and custodianship.   However, as per agreement with the previous owner  I had to change the name and move the region, but the spirit of Steelhead will live on.

There was more to say at the Town Hall meeting Tuesday night. 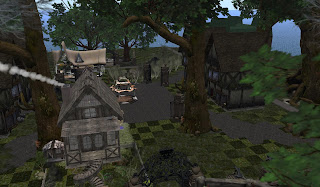 Greetings Steelhead!  I have good news.  Nevermoor has been transfered over to to the ownership of Willow Leafstorm and will survive the Linden axe. I'm working on getting rental lots ready for people to move into. There will be a new rental system as well as a new pricing to help prevent monetary short falls. The new rental scale is easy enough to remember and calculate.  The new pricing is basically L$1 per square meter. ... Please note the Initial land fee and deposit have been reduced.  The fee will be also waved for current Steelhead and Ravenwood residents for limited time.  And that is the Willow plan. As you are already aware the sim has been moved and renamed as per request of Lunar.  The new name is Ravenwood Forest. More details will be forth coming.  I do work full time and this will be a slow transition process with a lot of learning on my part.

In a time when so many locations have been closing, Steelhead being just one example, finally some good news. 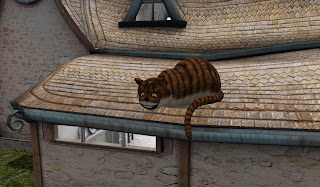 Steelhead's last Town Hall meeting was something of a bittersweet one, with a number of residents giving their thanks to those who brought them over, and a reminder of the place's orgins, "It was originally Ambertown, and Steelwolf Pascal purchased it from the original owner for Katt Severine. There are dark times in Steelhead, I don't have time to go into, but long story short, Lunar and Tensai came in a couple of months after I did, and in January of 2007, Lunar and Tensai became managers and I became Sheriff."

The exact date when the sims will be gone is unknown, "these sims may be in the queue for removal at the end of the month, but they could stick around another month before LL removes them." The last Friday night dance is planned to be at the Town Hall. After that,the  Green Fairy Cabaret in Ravenwood Forest will be holding them.  Of Steelhead's school for kid avatars, classes will continue to be held at Antiquity.

Steelhead has been on the grid for 9 years. That is a great accomplishment. As awesome as the Steelhead sims are, they were nothing without the citizens of Steelhead City. You are all an amazing group of people, and through you, the Steelhead Spirit will always remain strong, and will endure. Thank you all so much for an amazing nine years.

And so the community bravely faces the end of it's estate, with the small relief that one corner of their land will continue.