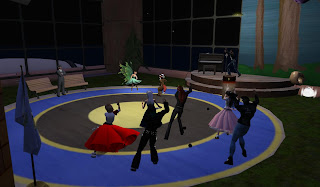 Although the Steelhead community is facing the loss of it's sims, life, or rather virtual life, goes on. The Friday Night dances have been continuing, the one on Friday September 11 being a 1950's "RockABilly" theme, at the "Prop Spinners" Pub, with Fuzzball Ortega as the DJ. 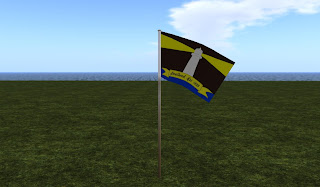 At the Tuesday night City Hall meeting on September 8, some residents were still stubbornly holding on to hope, Softpaw Sommer saying, "I am utterly refusing to pull down anything to; the last week of September." Fuzzball Ortega announced he had gotten a quarter sim to place Club Gearz and an outdoor venue there, "It's set to group, you are free to visit. At present the only thing there is a flag." The location is at Template Craze Amore (55, 173, 22).

Thad Callgari and Lumi (Lumina Elvehjem) talked about having plots in InWorldz and the Second Life mainland, Thad saying they could potentially get four sims in the smaller virtual world. A "Steelheaders" group has been created there already. Kal-El Venkman mentioned the Justice League has about a dozen sims there, "about five which are used for anything." While Lunar is still making posts on Facebook, one resident described him as "being very brave, but I sense an undercurrent of pain." 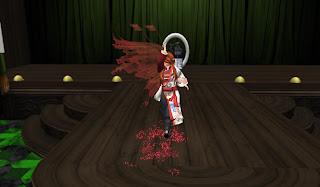 Since then, it was announced there is a possibility of one sim, Steelhead Nevermoor, being saved. Willow Leafstorm (zoelass) posted in the group announcemnts, "We are working on a transfer for Nevermoor to have it come under my care and stewardship.  However, in the bargain I have to change the name and location. Previous Landmarks may not work.  All details will be forth coming.  The Fae will overcome!"

Talking to Willow at her Sunday Night DJing at the Green Fairy Cabaret, she spoke of the plans for salvaging, "It's looking likely we may be able to do that. It won't be confirmed until I (hear) from Linden Labs (if) my name is set as the owner. I'm hoping to know for certain by Tuesday so I can announce it at the meeting. So I'm waiting to hear from LL. If you feel the earth move beneath your feet it's region being shuffled to a new location."

So it looks like at least one of the Steelhead sims *might* be saved. More details to come.

Posted by Bixyl Shuftan at 6:55 AM