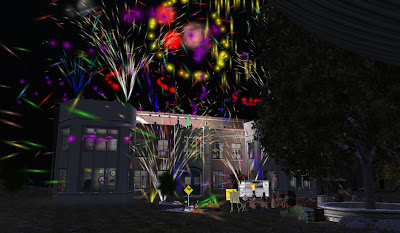 Every Saturday this summer, Marianne McCann has been launching fireworks from the school at "Kick the Can" in the Livingtree sim for her friends. On Saturday September 5, on the Labor Day weekend, Marianne announced at 7:45 that the 8PM event would be the last of it's kind for the rest of the year. 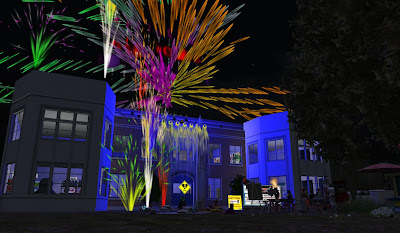 As usual, the crowd "Oooo"ed and "Ahhh"ed at the show, complementing Marianne for the beauty of the displays. There were a few crack comments about the Bay City Fire Department giving her a fine for launching the pyrotechnics so close to a building, and the place catching afire. Others responded she'd gotten away with everything else so far. 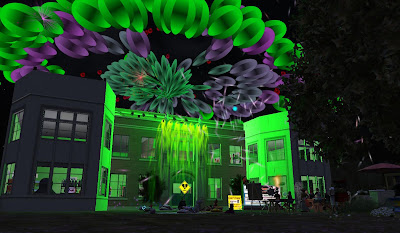 The music for the event was provided by DJ GoSpeed Racer, on her KONA stream. 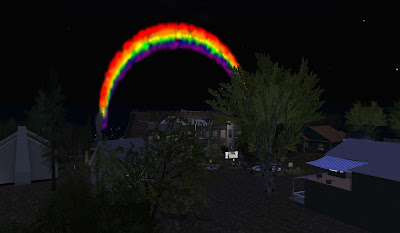 Finally the show ended with the last of the virtual fireworks forming a rainbow, and GoSpeed playing the music of a certain Japanese anime as the finale, saying there were "bonus points" for the one who correctly guessed it. Someone correctly answered, "Star Blazers," and asked what the points were. GoSpeed answered, "The knowledge that you're smart," then giggled.

And so ended the last of Marianne's summertime fireworks shows, but only for now. In June 2016, Marianne is sure to do them again, much to the worry of Bay City's fire inspectors.
Posted by Bixyl Shuftan at 6:01 AM