Misty Acres Amusement Park to Close, Sim to Be Sold 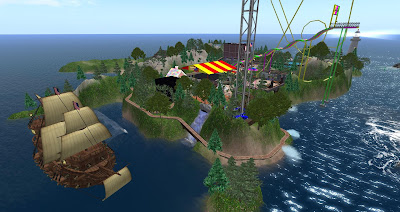 RacerX Gullwing yesterday contacted the Newser with some sad news. Tindallia Soothsayer, a valued member of his Giant Snails Racing team, would be losing her sim. And what a sim it was, having been in her hands for a decade, "Another long time sim is about to be gone. Misty Acres by Tindallia Soothsayer is in the process of being sold after 10 years. It's the home of an amusement park. Tindallia could tell you stories of when Lindens came in and made a ramp to get the bumper cars loose." 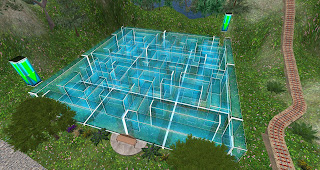 I contacted Tindallia, and she confirmed the place was indeed being sold, "I just can't afford to keep my sim any more. But after 10 years, (it) had a decent run. Lots of places in Second Life don't last half as long." Of it's origins, "I bought the sim in 2006, mainly as a home sim for myself. But after building the house, I had a ton of land left over. So I built a park. But still had room left, so I built the amusement park. (I) set everything there to free, because when I first started Second Life, I saw all this amazing stuff I wanted to do, but most were pay to play. And back then I had nothing. So when I built my park, I figured, no matter how much or how little anybody had, they'd have a place to come and enjoy. ... Plus I'd started sl as a child av. And back then, there weren't a lot of places like it nor safe places. So in building the park and amusement park I wanted to provide a safe place for children, families and all visitors to come and play in." 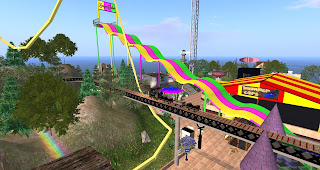 The number of visitors, "varied from time to time. Sometimes a lot would come, sometimes just a few. There were always people visiting though." The biggest gatherings were, "usually when I had changed the season on the sim to winter, changed everything to snow and ice, had ice skating and such. Or after I'd decorated the sim for Christmas, but it's generally around the same time and more people showed up then." No events in particular stood out, "just had ones centered around seasons and holidays."

The sim itself will not be vanishing as she has an offer. But the park will not be remaining, "completely changed, nothing I've done there will remain. ... There has been some reaction. Most are sad to see it go, as am I. It has had a definite positive impact on those that have visited. n the years I've had it, I've enjoyed providing a place people could come and play, I hope they enjoyed it too. I think they did. That I put a lot of work, a lot of heart and a lot of love in to it, and I will most definitely miss it."

RacerX Gullwaing did a 25 minute video of the place, but you can still drop in until the place is transferred to see the park for yourself.