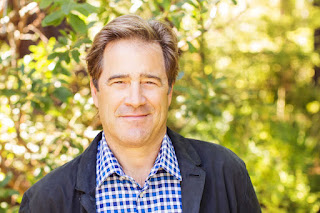 Last week, Linden Lab announced that Bing Gordon had joined their Board of Directors. Currently the Chief Product Officer of  Kleiner Perkins Caulfield and Byers (KPCB), He is also known for "known for his gaming knowledge as former chief creative officer at Electronic Arts and as an investor and director at Zynga."

“We’re honored to have Bing join our board of directors and work with our team,” said Ebbe Altberg, CEO of Linden Lab. “He’s helped to bring to life some of the most influential entertainment experiences in recent memory, and as we prepare to open Sansar for all creators, his insights, expertise, and counsel will prove invaluable.”

“Linden Lab has a wonderful legacy and future, based on its technical excellence and forward vision,” said Gordon. “Over the past 14 years, Second Life has proven the value of user-created virtual experiences, and enabling people to create their own social VR experiences is a massive opportunity for which no company is better positioned than Linden Lab is with Sansar. I’ve been spending a lot of time working with Ebbe and the team over the past six months, and it’s an exciting time to officially join Linden’s board.”

Hamlet Au of New World Notes called Bing Gordon's addition potentially good news for Second Life and eventually Sansar to retain new users, "Bing is a passionate advocate of gaming systems to drive engagement. So hopefully this means he's going to advocate for adding game systems to both Second Life and now Sansar, something many Linden Lab staff want, but are unable to push forward without more support from management."

In an article in Polygon, Gordon compared running a business to a "World of Warcraft" guild.

"If you're going to build a company, you have to do it like a World of Warcraft guild leader builds guilds," Gordon explained. "You build a weekly calendar, with check-ins, you come up with a system and process to split up the loot, and hope that they don't try to kill the boss," he joked."... the most powerful part of gaming isn't the competition, it's cooperation. So you develop a structure where cooperation is rewarding. In MMO parties, it turns out with a party of five, even if it's strangers in what's called a 'pick-up group,' what you come to expect is that each individual is around 20 percent more productive, using overlapping skills."

Second Life isn't a game, though almost from the beginning users have been making and playing games inworld. Trouble was, newcomers whom were used to MMOs which provided some sense of direction on where to go, have often felt aimless and confused by the lack of it following the short introduction at Learning Island. This has been cited as one of the big reasons Second Life first time users have a low retention rate, estimated by some to be as low as ten percent. If Gordon can cut the number of new users dropping out by half, that would halt and probably reverse Second Life's long slow decline in usership.