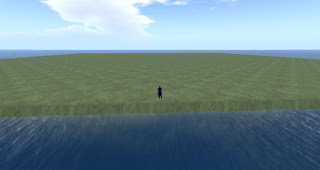 Fuzzball Ortega posted a couple entries on Facebook showing his progress in setting up the Steelhead community's new home. The first showed he had finally gotten the sim, which was a private one just north of Nevermoor, "And when we say Steelhead Bay rose from the depths. Yes, it literally rose from the depths. I accidentally ordered the water sim, and had to terraform it up." 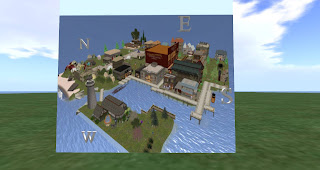 His next update showed a picture, emphasizing the images were "NOT the builds. Those are so 2007. This was the layout of the original Steelhead City sim. I'm using this layout for Steelhead Bay SL (FYI, there's a Steelhead Bay in InWorldz that Thad and Lumi built that I had forgotten about). This layout is flipped from the original layout. Lighthouse Island is to the west this time, originally, the lighthouse was on the eastern part of the sim, town hall will be North, my house is to the Southeast. I'm limiting the common builds at the moment. Lighthouse Island will be the welcome area. Town hall will include the meeting room, marshal's office, and a couple of offices upstairs along with a classroom. Club Gearz will move to Steelhead Bay. There will be a Steelhead Ballroom. And my house. That leaves plenty of places for folks to rent." 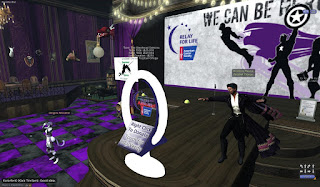 And while Steelhead is taking shape, the comunity's Relay for Life team, Team Steelhead, is back in business. After having been in hibernation for a season, they've made a roaring start, already making it to "Rising Star" status, 25,000 Lindens.

Steelhead is making progress in it's comeback. We'll have more updates as they come in.