"Something is coming. Something revolutionary. But it's unlike anything the world has seen before. We call it Sansar." 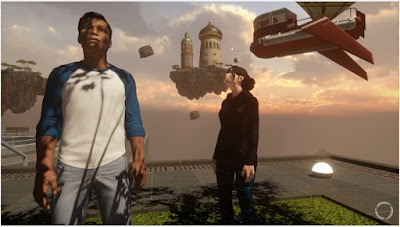 This is how the new video just released by Linden Lab begins. Just under two minutes long, it gives a number of glances of Linden Lab's next-generation virtual world. Second Life users might not be too impressed with certain parts of the film, as it offers the chance for most everyone to design scenes in virtual reality, which can also be done in Second Life. Hamlet Au, felt a bit "snarky" about some things about the video, "Gross usage of Silicon Valley hyperbole, especially coming from the creators of Second Life, which is very much something like Sansar the world has already seen. In fact, I don't think the trailer shows a single thing not already evidenced in Second Life or another virtual world."

The video did show people using "The Sansar Store," and near the end a woman avatar is speaking in sync with the narrator's voice, a suggestion that one improvement of the avatars is improved speaking motion in voice. 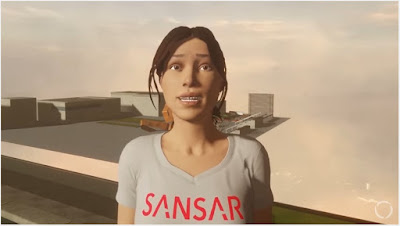 "Welcome to Sansar: Created Reality" the video concludes. In 2015, Linden Lab had bought the rights to the createdreality.com domain, leading Inara Pey to wonder what plans the Lab had for the name. It seems that this may be the slogan for Sansar. Inara would also describe the Sansar video in detail.

Just after the video fades to black, the last word is Sansar will be in Open Beta sometime in "Spring 2017." Will we be able to see for ourselves just what this new virtual world contains by June? Time will tell.