The Linden Snowball Fight and The "Skunk Aid" 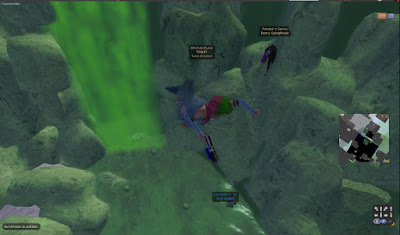 Quite a bit has happened in Second Life lately, and we haven't had time to tell it all. Two fun events that happened recently had to wait until now. One was the "Snowball Showdown," better known as the "Linden Snowball Fight," which took place on Friday March 17. The one last December was part of the "Jolly Holiday Crawl." This time, the snowball splatting stood on it's own as Lindens and residents slugged it out it the arena in the Winter Wonderland arena. 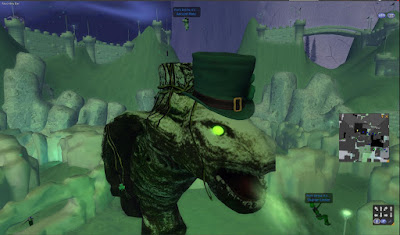 As it took place on St. Patrick's Day, the arena was lit with green lights, giving the event an "Emerald Isle" flavor. The hat on the arena monster, which occasionally popped up, added to it as well. But the main event were all the lindens and moles, including a certain one whom was recently hired. There were two separate snowball scraps, and at each for an hour the frosty missiles flew. But at the end, the Lindens bade the residents a friendly farewell. At least until the next showdowns next winter. 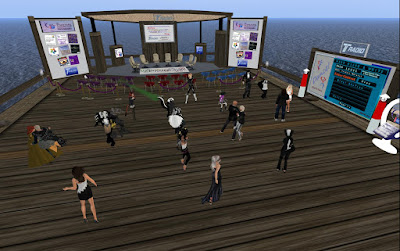 A couple days later was the "Skunk Aid" event for the "Relay Rockers" Relay for Like team. One of the things teams can do one another for fun this year is to "skunk" one another thanks to "Stinky the skunk." When the Rockers got "skunked," they decided to hold a "Skunk Aid" party. The event took place in the Arinultra Cay sim. 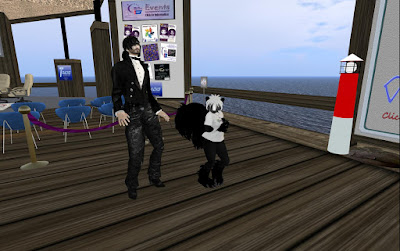 A number of Relayers showed up for the two hour event. While Stinky himself never showed up, a number showed up in skunk avatars, such as Gem Sunkiller (pictured above), and Team Sunbeamer's captain Rita Mariner. The Rockers got a couple days knocked off their "skunked" time period. There was also a contest won by Nulala Maracas, who showed up not in a skunk avatar but a skunk suit.