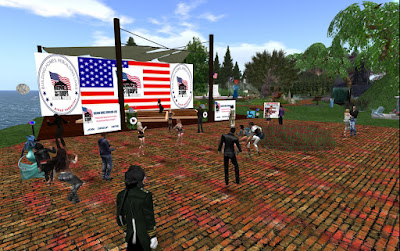 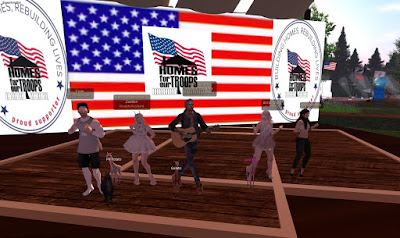 Hunsun was substituting for Toxie Darkmatter, who couldn't make the event. He and Paul had bands on stage with them while Raven and Dirtydee sung alone. Frets Nirvana who helped organize the event normally takes part in the performances. But this time he had enough talent volunteering. So for a change he stayed in the audience. 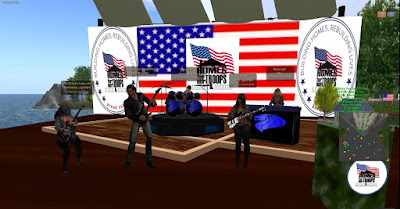 At the end of the fundraiser, the total raised in the two kiosks on both sides of the stage stood at 85,600 Lindens.

Homes For Our Troops describes themselves as a private charity that "builds mortgage-free, specially adapted homes, nationwide for severely injured veterans." More information about them can be read at https://www.hfotusa.org.

The next event at Veterans Isle should be at March 26.