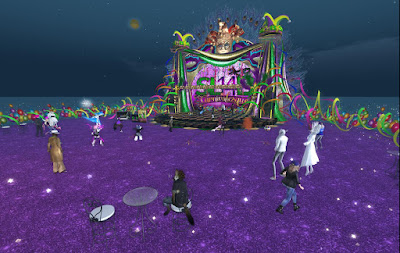 Sunday June 25 was the last day of official events at the Second Life Fourteenth Birthday celebrations. And there were a number of performances at the stages. 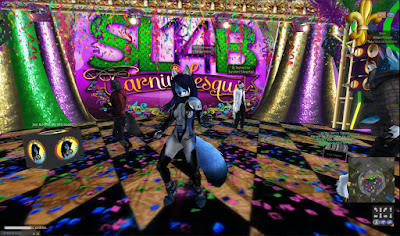 The energetic DJ Tantari Kim, who performs every Tuesday night at the Happy Vixen, made an appearance at the DJ stage. 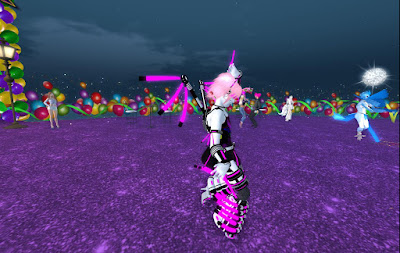 Among those in the audience were Golan Eilde and Catboy Qunhua (pictured). 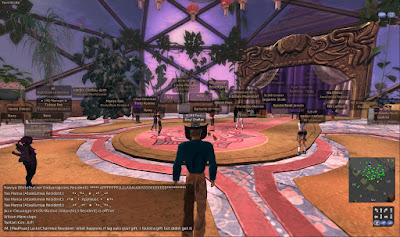 Later on, I went to "Stage Left" where Jaycatt and Frogg were performing. 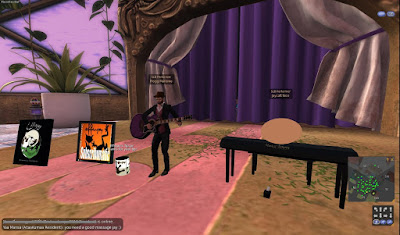 While Frogg Marlowe rezzed, my viewer refused to render more than small parts of Jaycatt Nico during the performance. 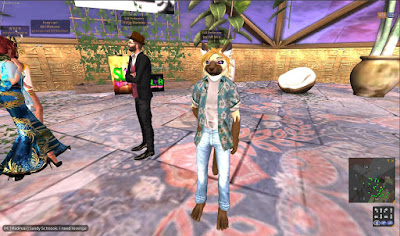 I had to wait until after the show for a good picture of the pianist. 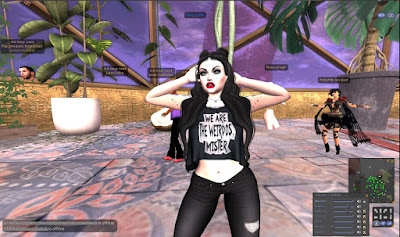 Xiola Linden and April Linden were also there. Of Xiola's shirt, does "We are the weirdos, Mister" refer to Linden Lab? 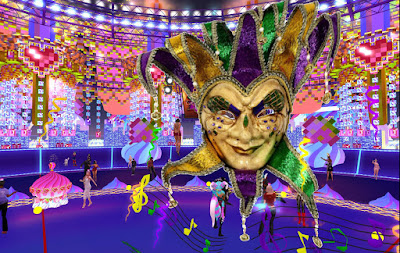 As Midnight neared, people gathered at the Cake Stage. The last DJ there was Laz Dressler 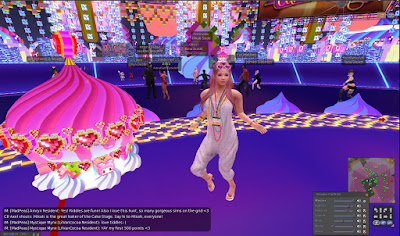 Among those there was Cake Stage builder Mikati Slade. 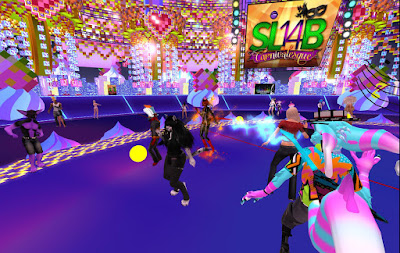 "This is the Birthday!" 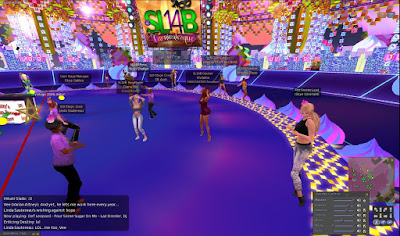 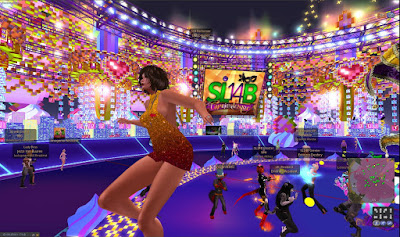 As Midnight neared, Laz ended her set with "Goodbye To You." "Thank you all so much for staying with me tonight," she told the crowd, "Good night everybody. Have a blessed Second Life." 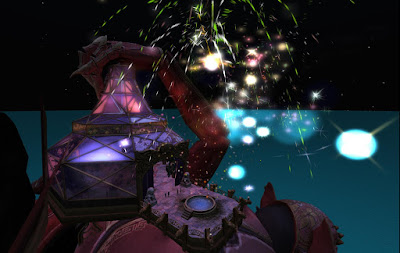 In previous years, Midnight would mean the end. But I noticed a gathering at Stage Left, and going over, I saw fireworks. 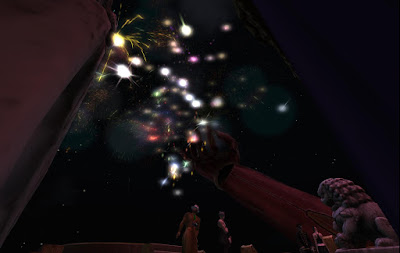 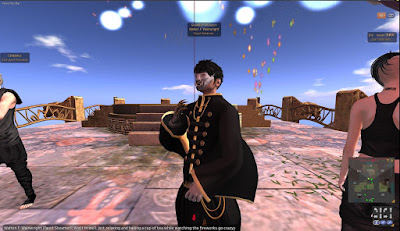 Among those there was Walton F. Wainwright (Faust Steamer), the builder of Stage Left. 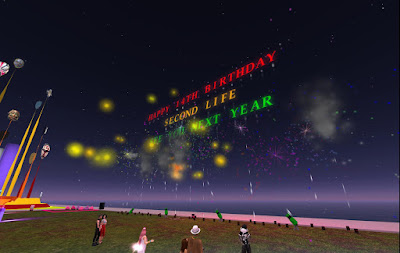 Seeing another gathering in front of the Cake Stage, I went over, and there were a few people, including Warp Linden and Mikati enjoying one more event, a few fireworks. Some spelled some words.

And so, the official events for "The Birthday" are done. But that does not mean the end of the SL14B just yet. The sims will remain up for several more days, and most exhibitors leave their builds up, allowing those who couldn't attend earlier due to real life events or older computers to see them. One unofficial event that's become a tradition, the "Cake Explosion" has been given a date: Sunday July 2 at 4PM SL time. But on Monday July 3, the sad part begins with "the breakdown." And on July 6 the sims go offline, leaving nothing but memories, recordings, and articles such as this one.