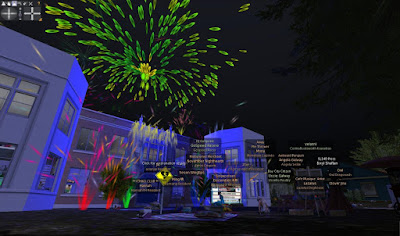 On Saturday June 17 at 8PM, Marianne McCann resumed what has become a summertime tradition of the Bay City community: the weekly firework show at the Livingtree schoolhouse. She sent a message to everyone on her friend list about a half hour earlier, and over time a small crowd showed up. And on the hour, the pyrotechnics began. 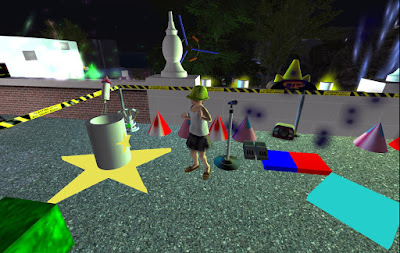 Bay City's most noted child avatar fired off the rockets, sparklers, and other fireworks from the roof of the building while GoSpeed Racer spun the tunes for the event from the ground. The light show was in reds, blues, greens, and other colors. and got many positive remarks from the crows. 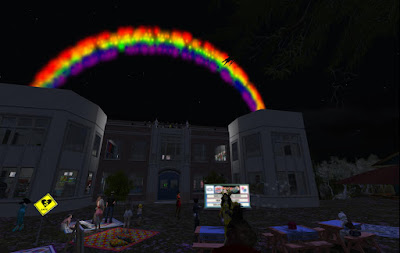 Marianne ended her show with a rainbow over the school. The crowd cheered, thanking her, and eventually went their separate ways, some looking forward to the SL14B the following day.

Should the fireworks show be like previous years, it will place almost every Saturday at 8PM until after Labor Day.