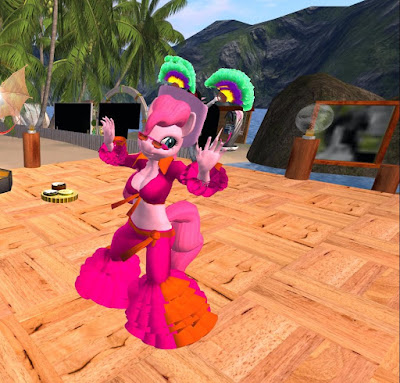 The two "Bid Me" events being run by the Relay for Life's Team Sunbeamers have now been finalized and the totals made official. 7,050 Lindens were raised in both events combined. Rita announced the results in the Sunbeamer group.

Beamers:  The BID MES are over and here are the totals. 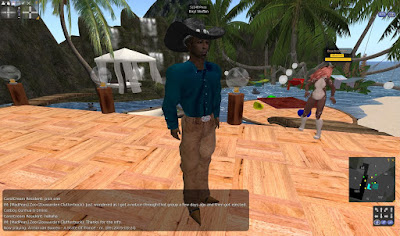 I'd volunteered for one several years ago, so here I go again. Unlike last time, it's for a couple weeks instead of a month. There are a few exceptions for the time period, such as interviews. But for most of the time period stuck as a 6' 7" "baldie." So far, the reactions have mostly been surprise, although one girl thought it reminded her of the "John Henry" American West fable.

Right now, the Sunbeamers have started work on their build for their camp on the Relay Weekend track, which takes place about a month from now on July 15 and 16. There's also some planning behind the scenes for one big event involving at least one other Relay team. It's all on the table, so we'll announce it when things are official.

As for me and what the next two weeks will bring, we'll see. I don't know for sure. After all, I'm only human.