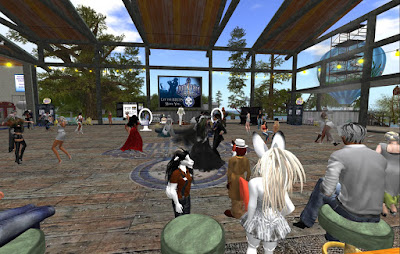 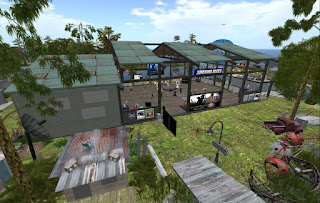 Night falls across the bayou. The moon rises above a thin layer of clouds, illuminating the stage at the old blues joint. The Junkyard is ready, for 2 hours of amazing slow blues, presented by DJ Bard Wasp. Come hear him as he pours his heart and soul into the stream, presenting some of the best blues you've ever heard- everyone is welcome. Junkyard Blues (195,21,22)

And for every 1000 linden donation you get your choice of a home built by Bard himself. 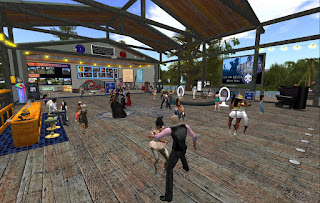 Maybe it was Bard's offer to give people log cabin homes. But the donations kept coming and coming. Ninety minutes after the event started, the total raised was about 125,000 Lindens raised. Seven minutes later, it was up to 150,000. Ten minutes before the end, the kiosks had 183,000 donated in them. And when Bard got off the stage, his event had raised a total of 230,477 Linden dollars.

The event put Team ACTS into Sapphire status among the Relay teams. Only the Relay Rockers and Unmasking a Cure have higher totals. Following then are five Jade level teams: Team Shadow, Cure Chasers, Goreans in Relay for Life, Inspired Dreamwalkers, and Go the Distance. Then there are two Platinum ranked teams, Touched by Angels and TwoMoon Paradise Dreamers. And following those are the ten Gold level teams, of which in the middle is the Sunbeamer team, the team representing the community where the Newser office is.