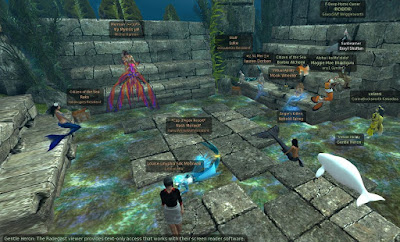 On June 10 at Noon SL time, there was a meeting at the Safe Waters Foundation in which Gentle Heron of Virtual Ability gave an open discussion about how the disabled could access Second Life, and how a welcome area suited to their particular needs could encourage them to stay. The meeting was attended by SWF head Grace (GraceSWF Wrigglesworth), and Barbie Alchemi of Creations for Parkinson's. Any1 Gynoid was also there. The event took place on the ocean floor of the Union Passage sim. 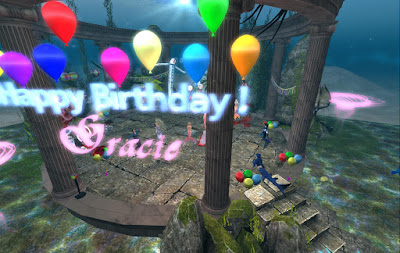 Grace happened to have her rezzday about this time. And at 6PM her friends in and out of the group held a rezzday party for her. 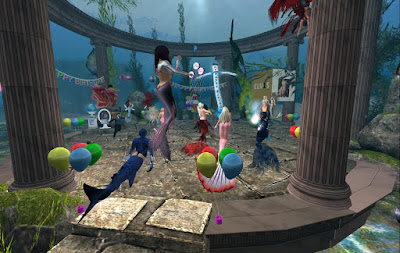 The party was mostly merfolk, but there were a few others, including a couple people in diving helmets. Kiosks for the Relay for Life and the Team Fox Parkinson's charities were placed and  collected a few thousand Linden dollars. Much of the music played was Celtic and Celtic-inspired. Tours were offered, and yours truly got a chance to see some places around the bottom of the Blake Sea.

Stay tuned for more about the Safe Water Foundation and the Blake Sea.

Addition: Grace told me the discussion happens at Union Passage (96/229/1) every two weeks, and is called, "Let's Mertalk," "Sometimes Open Topic and other times there will be other topics announced in advance."