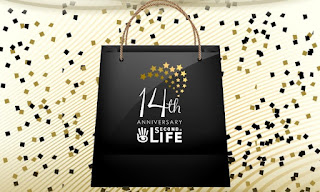 After SL8B, Linden Lab ceased to take part in the main Second Life Birthday celebrations. But in recent years they have been getting involved again in helping to celebrate Second Life's anniversary. Earlier in May, they announced they were looking for musicians to take part in their third annual Music Fest, which will take place alongside the SL14B, and merchants to take part in an anniversary shopping event. Last week, Linden Lab revealed the details of their SL14B Official Shopping Event, as it's being called in the Destination Guide. The event is going on now, and will go on until June 26.

...we launched a HUGE shopping event in honor of the occasion. Sixty Merchants with some of the most popular brands in Second Life have set up shop across three Regions  -  Golden, Gilded and Halcyon - each providing a FREE gift and some major discounts on their top-selling items!


You’re going to want to find some time to make your way through each of these stores, as there really are some amazing things to find. 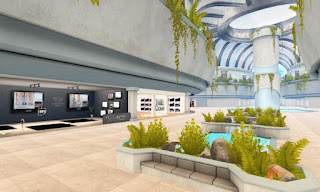 Stay tuned for details on the Music Fest, and the SL14B.
Posted by Bixyl Shuftan at 6:02 AM